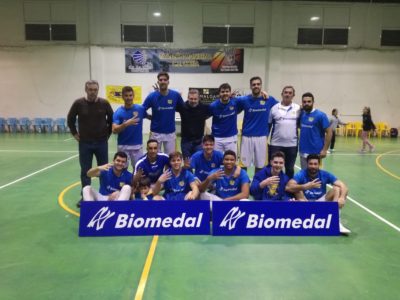 This season Biomedal appears as the main sponsor of the basketball team known as CB Coria. The team has incorporated in this new campaign the name of the sponsoring company, Biomedal. From now on called Biomedal CB Coria.

The performance of the masculine team, which competes in the 1st National Division in group A, is fulfilling the expectations, taking a balance of 7 wins and 2 defeats, leading their group provisionally. The commitment and work of the players is being irreproachable, and that fact is shown in every match on the court.