The importance of sensitivity in COVID-19 testing

The limit of detection of an RT-PCR test is the lowest detectable concentration of viral RNA that gives a positive result (in more than 95% of repeat measurements). A low detection limit indicates a higher analytical sensitivity, which means that the test can detect a positive result from a lower number of viral RNA copies per sample. The greatest benefit of tests with a low limit of detection is the ability to detect positives in the early stages of SARS-CoV-2 viral infection. This will allow an early isolation of the positive person before becoming highly contagious and it would be reflected in a lower probability of virus’s spread. It is estimated that a 10-fold increase in the detection limit of a test increases false negative results by 13%.

PCR tests amplify specific SARS-CoV-2 RNA targets. They have low detection limitswith a highly specificity, and they have the ability to analyze many samples at once. Despite of this, it has a disadvantage, and this is the time it takes to provide results (24-48 hours). This supposes a greater probability of spreading the virus in the case of being positive (if the person is not confined before knowing the result), since the viral load grows exponentially during the first stages of the infection. In addition, the performance of this test requires special equipment, which means a higher cost and, therefore, makes it less accessible to patients.

The antigen rapid test detects protein markers on the surface of the virus. Its greatest advantage is the speed of the results (in minutes), the price and the comfort in the performance, without the requirement of any special equipment. However, it does not have the analytical sensitivity of PCR tests, which has a sensitivity of 100 to 1000 times lower. All of this could lead to a higher number of false negatives.

However, in addition to the detection limit, there are other factors that become important: the frequency and accessibility of the test and the time required to generate the results. In a recent study published in Science Advances, it has been determined that the frequency of tests and the speed of obtaining results are better for COVID-19 screenings. The results of this study highlight that delays in reporting results lead to less effective control of viral spread and emphasize the importance of rapid reporting of results through, for example, antigen testing for implementation of a correct detection program.

All these factors must be considered for the development of a strategy that is effective in limiting the spread of COVID-19. The detection strategy used will depend on the area of ​​performance, availability, and days of evolution of the symptoms, thus adapting to the circumstances of each patient. 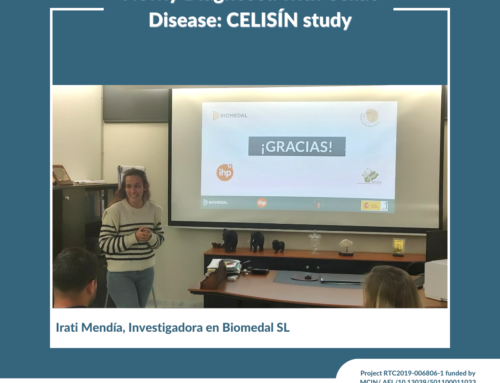 The exhibition of companies and R&D projects financed by CTA How to know the immune status after vaccination?

How effective is the COVID-19 vaccine? Rapid serological tests verify in minutes that vaccines have generated antibodies against the virus.